Richa Shivakoti completed her Ph.D. in Public Policy from the Lee Kuan Yew School of Public Policy, National University of Singapore. The focus of her dissertation was on multi-level migration governance in Asia with in-depth case studies of two labor source countries: Nepal and the Philippines. She collected primary data through interviews and surveys and mapped the collaboration and influence network for the domestic migration policy sector for each country using social network analysis. She has been involved in research at the Lee Kuan Yew School of Public Policy, Institute for the Study of International Migration (ISIM), Institute of Water Policy and Murdoch University. She has also taught at various universities in Singapore, Nepal and the United States.
Previously, she was a visiting scholar at the Institute for the Study of International Migration at Georgetown University and a faculty at Kathmandu University. She has also worked with the Open Society Foundations in Kathmandu and at the International Rescue Committee in Baltimore, Maryland. She holds a dual Masters in Public Affairs and Political Science from Indiana University and a Bachelors in Economics and International Relations from Randolph-Macon Woman’s College.
As a New Scholar Associate she will work on an article about a gendered migration policy that has been adopted by several Asian labor sending countries at different times, which bans low-skill temporary female migrant workers from going to work abroad (with variations such as destination country-specific ban for all female workers or ban for females under a certain age group in certain sectors) with the rationale to protect them from possible harm and abuse. 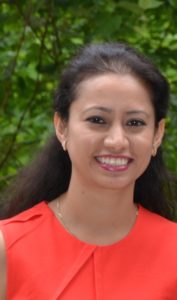